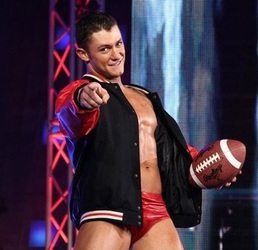 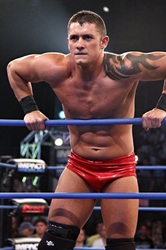 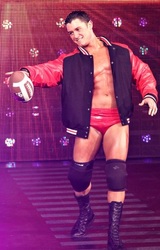 Jesse Sorensen is a natural athlete who has more than shown his potential for
being a rising star of the X division.  This native Texan, who grew up on
football, took his natural abilities to outsmart his opponents and keep a cool
head under pressure and trained to become a professional wrestler.  His
abilities turned out to be a lethal combination as Sorensen proceeded to show no
mercy on his opponents and quickly became a rising star destined for the bigger
things. Sorensen caught the attention of IMPACT WRESTLING where he shined in the
ring and put on a spectacular display of showmanship while competing within the
ring.   A new chapter in the X Division has begun at IMPACT WRESTLING
and Sorenson is part of what we expect to be nothing short of absolutely epic.